The most amazing thing about human consciousness is its yearning to reach outside of itself, to form connections in the world, to know another who is not the same. We are constantly drawn to these beyonds, like moths to flame. We are curious, and we hope to find comfort. Perhaps because we are so small, while the world seems so grand around us. Surrounded by sixty sheep, for example, we lose the ability to herd them. When faced with the infinite, we understand our inability to become all that we see. Sometimes this means a moment of loneliness. This week’s young writer, Ethan, has captured all of these sentiments in his poem, “The Shepherd,” drawing on a bit of “the world’s greatest tale” in order to communicate a similarly epic truth. The results of his reflections are breathtaking and moving. 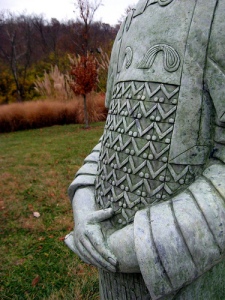 Sixty sheep looking forward that morning
through the familiar fields, a
stranger
couldn’t speak he was no
longer a shepherd, the marketplace
was far from home
so god who believed
in dreams
opened his pouch,
but all he found were
two stones,
the only truthful thing
that made him and the shepherd
feel better.

2 thoughts on “The Herd”