Watch out! Ms. Huerta’s second graders and their marvelous writing selves are coming for you! There’s a (live) chicken in your kitchen (and that chicken is what purple feels like)! Neon blue will hurt you! A whale—Is it a whale? Or a fairy? An egg? Whatever it is, it’s falling from the sky! But take heart, you’re not the only ones on the run. Sometimes these writers are coming for each other! Joel is a monster who just may be eating a boy (his friend!) named Ricky, and Jasmine’s silly gummy bear is determined to teach Juan how to dance on his hands. (We have faith in you, Juan!) And then, amidst all of this, Alvaro will come simply for your heart. But you must remain vigilant! Don’t let the wind blow your happy tattoo away! Don’t underestimate that little bird! And if you happen to be a donut, whatever you do, don’t fall for the whipped cream! (Also: Have fun.)

Purple tastes like a shoe that looks like a rock.
It smells like a book that is rotting in the trashcan.
It sounds like a pencil that’s broken in the sink and calling for help.
It feels like a purple dress I wear. 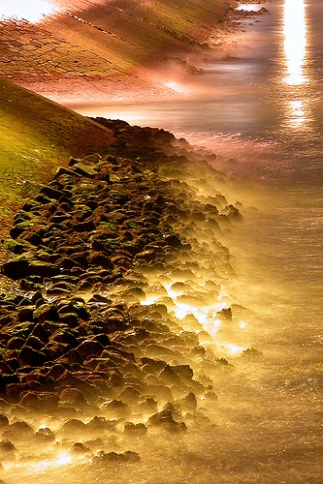 Gold tastes like a cheeseburger
that is bad. It sounds like
a hound howling at a person.
It smells like a pencil in the garbage
trying to eat a fly. It feels
like a lizard that is gold
and is trying to chase a roach.

I am a monster who is
eating paper and eating a boy
named Ricky.
I am a moon who is
making the state dark.
I am a boy named Juan
who is playing an Xbox.
I am a paper waiting
to throw myself to the garbage.
I am a pizza waiting
to get eaten.
I am a foot stepping
on pink bubble gum that tastes
like strawberries.

I am a fat lazy dog that eats a lot.
I am a bad moon that’s going to be in the sky for two days.
I am a scary monkey with scary teeth.
I am a hot dog with extra ketchup.
I am a sun hitting the states.
I am a green small zombie with my brain out of my head.
I am a kangaroo that is jumping on a bug and the bug is squished down on the ground.
I am a computer that has internet so people can search me.
I am a robot, and I can shoot lasers out of my eyes.
I am a horse that is running so fast.
I am a bird that sings louder than any other bird sings.

I am a flying boy who can reach heaven.
I am a basketball that can jump to the clouds.
I am a kangaroo that can jump to the galaxy.
I am a big giant that can give the sun two black eyes.
I am a bird that is little and can scare a man at night.
I am a zombie that can fly and change a bird into a zombie bird.
I am a cheetah that is faster than the wind.
I am a trampoline, and if a boy jumps on me he can see heaven.
Heaven looks like golden things with clouds. The gate is golden like guns.

Purple tastes like a cherry and
a blueberry in a cherry
river. It tastes like a strawberry
with the little moon
on top of it. It tastes like an
apple with a banana on
top. Purple sounds like air
with musical sounds.
It sounds like a sea
with a spider monkey
that says, “Ooh-ooh, aah-aah.”
It sounds like a pizza
that’s saying things like a
dog to a little pig
that’s fat and big. Purple feels
like a chicken in your kitchen.
It feels like a dinner
table that’s saying, “Leave
me alone. If you don’t,
I will knock you out.”
It feels like a puppy
that’s exercising with
a heart and a chicken and
an ugly dog saying a word.

The gummy bear is a silly gummy bear. It’s dancing because it wants to make a show for people. It likes to dance and it’s going to show Juan how to dance on his hands. They have practices for a long time for the show.

—inspired by William Gilbert Gaul’s “The Land of the Free”

The woman was thinking about her sons. She was on the mountain. She made a blanket. She made the blanket because she was cold and she made shoes. She doesn’t have anything. She only has knitting needles. She is alone. 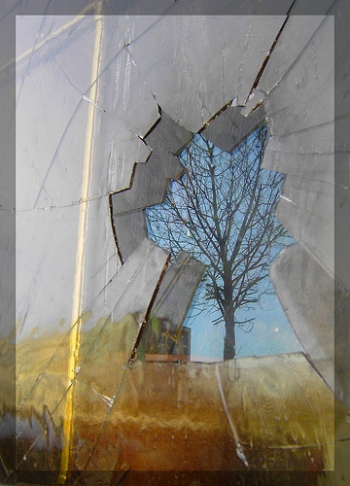 Neon blue tastes like cake
with strawberries and
the strawberries are the frosting.
It smells like strawberries
and their color is pink
and blue. It sounds like a baby
crying and shouting,
and it hurts if you throw
it at somebody. It will
hurt very much. It feels
like a bumpy wall and
a broken mirror that
can give you cuts.

The happy tattoo likes when people buy him, and he likes when they put him on. He looks like a dog. One time, a boy bought him and the boy was running fast and the wind came and the happy tattoo flew away. The boy was looking for him, but he could not find him.

What I See Everyday

I see two eyes on top of Balla’s eyes, so she has four. I see two girls, and their names are Balla Snow and Balla Snowgirl, being best girlie girls. I see a fish eating the boy’s body. I see Jazzy and a doll dating. I see a little girl named Gloria go to heaven with her mom, and that is true—my mom is dead. I see a limo and I see my friend Sammy in it and I faint. I see a zombie fish eating fish because it is hungry. I would eat Y-Ties if I did not have anything to eat. They taste like Balla Ballerina getting eaten and run over by shoelaces. I see a donut trap with whipped cream. I see a volcano on my head. I see a truck going to a store.