From the beginning, the writers in AGE of Central Texas’s Early Memory Loss program expressed a preference for writing nonfiction — “real” things as opposed to imagined ones. But what happened was arguably more magical — they described the natural world, beloved family members, memories with rich sensory detail and surprising metaphor. Several writers remarked they were better oral storytellers than writers, but I argue that the art of telling stories aloud comes through in the writing. The reader is able to feel the rhythm of traveling stars, imagine the sound and smell of the ocean, and turn with the spinning night sky above.

The girl who arranged the paths of the stars. They seem to her a part of a giant merry-go-round or an endless turning wheel in the cosmos, as its timeless turning in the fullness of the firmament. Never stopping—turning, turning, turning round and round in the ceaseless spinning through the heavens. 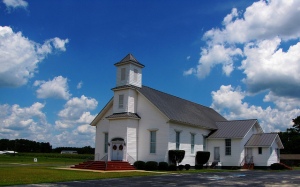 My father was always sleeping with a revolver pistol under his pillow in their bedroom. He never had to use it but he was prepared. I don’t need a pistol now that I feel safe where I am living!

My father and mother passed down the tradition of going to church to worship God and believing in Him, and his holy spirit has guided me in my life!

Whenever I
Walk by the sea
I think of the fish
See the waves
I hear the sounds of splashing
Remember the smell
The taste is spicy and salty
The waves are blue and black
The sound is loud and pounding.

The night enfolds us; we are captured by its light.
The stars above support us, looking for their light.
We find our strength in feeling nothing, a revolution
to require. But as the sun comes out to play,
we see our role in life
a beacon to be shouldered
when day returns to night. 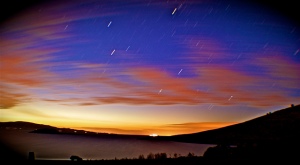 The nighttime is beautiful, especially when the stars are also bright and charming. I love to look at them for a long time. Sometimes I look at them and I cry, not for pain, but with emotion.

Some of the stars move, almost as if they are traveling, and sometimes the stars stay in one place, like waiting for a partner to come and go.

Some of the stars move as if they are traveling from one place to another, and they move fast, like they are late for an appointment—perhaps for a meeting with another star?

The night sky has captured the attention of people and animals on the earth for as long as the universe has existed in its present form. It has been the source of poems, music, art, and inspiration forever. Now that scientific progress has made us able to get more information about the formation and some history changes in the stars, we are still far from understanding how the stars and galaxies were formed and what their future is. It will be an increasingly important subject of study (and inspiration) for humans forever.

The sea is very demanding and unforgiving. Yes, it can be comforting and pleasant but in an instant it can become very threatening and dangerous. In some areas it can be weather, in others it can be local things like creatures or physical effects like whirlpools.