On my first day of workshop with The Bigfoot Storytellers, these fourth-grade students were lined up in the hallway, waiting to go into the classroom. I could hear them whispering to each other: “That’s Badgerdog,” as though I was some sort of celebrity. After I introduced myself and explained the main elements of narrative, I asked if they had any questions. They had many, including what I liked to write, how long Badgerdog has been around, and when I knew I wanted to be Badgerdog. It became clear to me that they thought I was Badgerdog–some sort of mythic wordsmith creature–as though a person could embody the entire program (and a badger and a dog somehow). It seems impossible, but this group of students had such a talent for storytelling and a reverence for the writing process that when I picture each of them now, I see the stories living in their bodies, flickering in their eyes. Their energy and belief in the power of narrative showed me how a person can be a mythic wordsmith creature; Ms. Garner’s classroom was full of them. Each one of the following writers is Badgerdog. 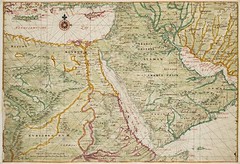 Fortunately, they went on a trip. The kids loved it, and the mom and dad did too. The mom and dad hugged each other and they said, “Love you more.” And then the mom said, “I love you more, honey.” The kids were running. 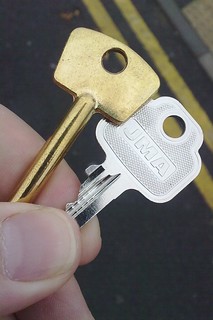 One day Big Foot was in a house. No one knew he was in the house. Then one day, a little boy named Alex was playing with a light bulb, and no one knew why. He did not have a house or a mom or dad. He was lost. Then a day later, he found a strange-looking house. Alex looked in there, but unfortunately, the door was locked. So he went to the back door. Unfortunately, it was locked too. He was lucky because he felt something. It was a key. Then he got the key and went to go show his friends. His friends were like, “Ooohhh, let me see it.” 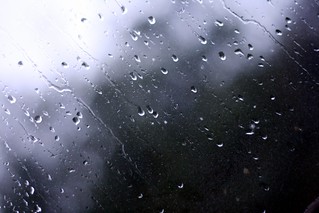 The Bigfoot kids were bored and found a Rubik’s cube and started playing with it. Unfortunately, it broke because the Bigfoot kids played rough with it. So, after that, they told Bigfoot and he found some glue and glued it and let it dry and then the little fur balls played with it outside. It began to rain, and they were all wet and went inside and dried off. 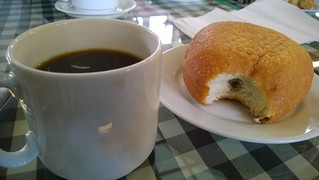 Unfortunately, the baby ate donuts and got fatter and fatter and he exploded donuts. The nice mom said excitedly, “What happened? What did you do?” The baby did not know how to talk, so he said, “Donuts,” and the baby went to buy more donuts with milk. Then the baby turned into a donut with sprinkles. 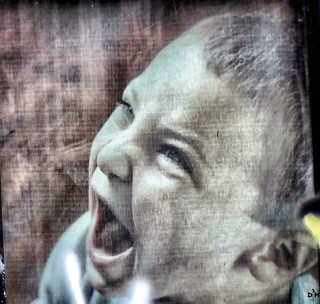 The Baby That Never Stopped Crying 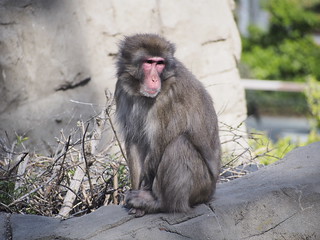 It helps because they took a shower when the parents were at dinner. Mostly, Bob sunk his whole face in the water and looked crazy. Good thing their parents were rich. 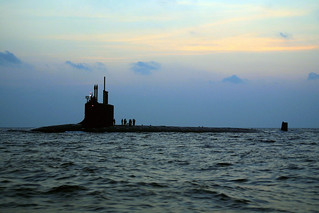 Mr. Sun wanted to cook, so he did. He had four children, two girls and two boys. Then he was cooking. Then one of his children went outside on the balcony and then one of Mr. Sun’s sons fell off the balcony! Then Mr. Sun didn’t know what to do so he got one of his cooking utensils and started to save his son before he fell in the ocean. Then he held his huge giant big spoon out. Then his son landed on the big spoon and then soon the dinner was ready. So they sat down and ate chicken and rice and then one of them never fell off the balcony again. 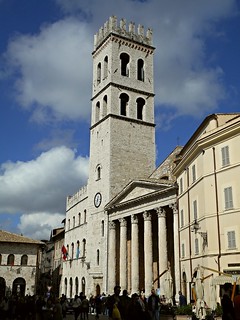 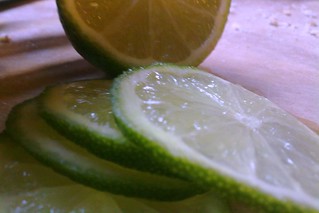 Gum Blue always has to eat gum, but one time he ate something green, a lime. So he turned green. And he was green forever, so he has to eat limes for now and forever. He would never turn another color. He will forget his friends from his school because his friends won’t know him if he is green and his friends are blue. Gum Blue really had so much fun. 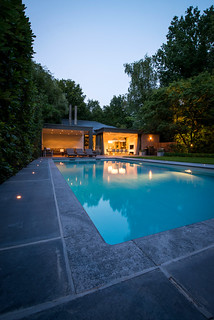 The kids went back to the house and they found a burger yo-yo and they tried to eat it, but it was too hard to bite, so they decided to break the burger and the dad was mad at them. 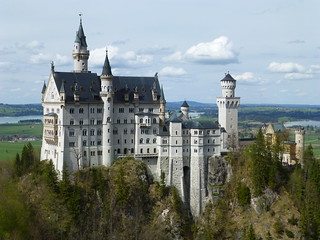 Ashlee lived in a beautiful castle with glass windows and a garden with a swing and butterflies. And one day she thought, I should have a trivia night. But when she told her friends, they made up excuses because they didn’t like the idea. Then she got a message. It said, “Come to my party. Emma, Lisa, Avry, and Alexa will be there.” Ashlee got mad and texted back, “No, thanks. I have plans.” Then she thought and had burgers and pizza while they played gold horse. Then she asked them why they went to the party instead of going to her house and they explained. And Ashlee said, “Next time, just say and let’s stay friends.” 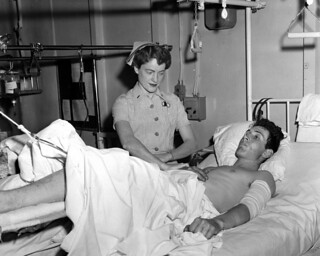 The baby found a tape measure and he poked out his dad’s eyes, and they had to go to the hospital. Then they had to go all the way home and clean the huge humongous house.
Hi, I’m Aaliyah. This is about me. I’m a vampire. It’s a club for vampires and I just started going to the club. 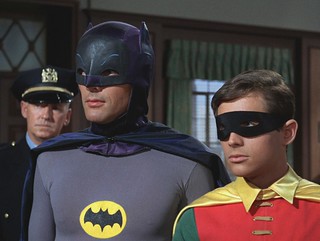 The Story About Cry Thunder

One day Cry Thunder went to Mexico, where her parents died, and she dug up the skeletons. It was alive!! She tried to smile. She smiled for two seconds and her mom was alive. She asked if her dad was, but sadly he wasn’t. She cried ten hours in a row. It was so cool.

“Sorry, Sweety” FYI I’m the mom of Cry Thunder. So, um, where were we? Oh, um, after she stopped crying, she made a castle just for me! So we lived there.
“Mom, where are you?” Oh no, I have to go. Bye

Okay, I’m back. I know it’s been a long time since I’ve spoken to you, and I think you are wondering how I’m alive or shouldn’t I be dead by now. Well, I am a superhero.

O.M.G. Cry Thunder is now more powerful. And she married Batman! Well, actually I forced her, but she did it! The new powers that she has are zapping people and making the whole world freeze. Oh, and making the clouds black and making fire and lava. And now we live in Pennsylvania. She dyed her hair red because red is the color of blood. She loved it.

Okay, one day, one of Batman’s friends invited her to a party (and Batman, too, of course). The party was a costume party, so she dressed as a kitty cat. Superman, the cutest boy, was there. Batman was like, “Oh, no. Superman is here. Cry Thunder better not dump me for him.” But Cry Thunder fell in love with Superman, and so she walked up to him and said, “You’re like a thousand bright stars in my charming eyes.” They kept talking. Batman got so jealous he almost killed Superman! Cry Thunder stopped him, and she said, “I can’t believe you would kill him!” She started crying and running away. 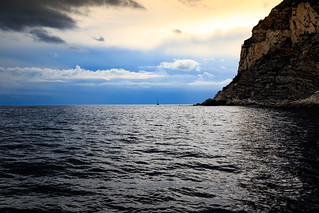 When they dropped the remote into the sea, the water turned into electric water. When they put the goggles on, they did not get electricity, but they did not have air to make it up to get air. But there was only one pair, so if they wanted to go to the movie, only one could go. But then the smart one came up and made a diluter. Now they could go anywhere, but every two hours they would be gone. But if you were them, then you would be gone too. So the smart one came up with another good idea. But when rain hits it then the bridge will turn into electric eel. They got a party for the smart one, but the little baby fell in and died. Then the smart one made him come back to life. After the little one came back to life, Godzilla and King Adora started fighting. When the smart one tried to take them out, he turned into Godzilla, and the baby turned into King Adora. But at that time, Godzilla came up and tried to fight them. When they were done fighting, they changed back to normal. They turned the world into zombies but then. . . 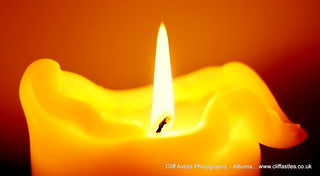 Why Big Foot is Always Mad

Big Foot’s children found a candle and lit it and then they dropped it and lit the castle on fire. Lucky for them, their dad woke up and got the fire extinguisher and blew the fire out. The kids got in trouble, and since then, they do not have candles in the castle. But then Bigfoot did not tell the mom that they could not buy candles anymore. So the mom bought candles. They had to hide them from the children, and they have not found them yet. But finally the kids found the candles and set the dad on fire. He got angry. They were grounded. Of course they are teenagers, so they are troublemakers. Their names are Julia, Destiny, and Anthony. 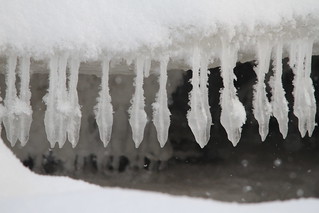 This is a story about Krastenia Heart. It was a cold winter day on the ranch. It was also raining. And the roads had iced, so no one could go anywhere. Krastenia decided to watch TV while she was waiting to go outside, but she really didn’t want to go outside because it was cold. Yawn. “Can someone get me the remote? I’m too tired.” Krastenia stayed on the couch and watched TV. After a while, her mom came inside and said, “Why aren’t you outside?!” “Because I’m so tired!” 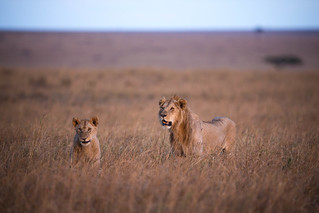 The Day the Cubs Got Eaten 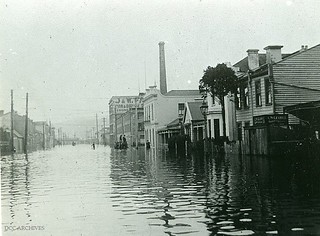 The Worst Day in Life

Once they got home, they put their headbands on and then started running and running. Once they got back, they called that number and told them they needed more headband. And when they got more headbands, they all ran together everyday. Now that they are old, they can’t run together every day. Now that they are old, they can’t run together. Now they run alone fast by themselves. They wouldn’t stop running around in the world. Once they were done running, they met up and went to parties. They had the time of their lives. They even moved to Los Angeles, Austin, Mexico, Canada, even New York. They had the time of their lives going to different countries and cities. They went to go buy some Jordans to wear to a party. And stayed there a while. They never want to go running. Once they got out, there was rain, thunder, floods, and tornados. It was crazy over there. They had a burglar get in the building, and the people had a lockdown. They were having a bad day but it was just a prank. Her brother set it up. “What happened?” said the sister. “You just got pranked,” said the brother. “Why?” said the sister. “You haven’t been running with me.” Then Super Flash asked if Cry Thunder could come to my party. Then they arrived at the party and Cat Woman came too. 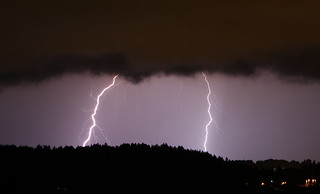 How She Became a Hero

One night, she was invited to a costume party. Her mom was dropping her off there but she forgot to put on her costume. Even so, when she knocked on the door, her friend answered and said, “Amazing costume, Nifemi.” The little girl remembered her name. It was Nifemi.