How delightful to spend mornings with these Decker Dolphin writers, who were challenged to find creativity, passion, and poetic license through expository exercises. They were so respectful of each other during our time together, always cheering the efforts of their classmates and Ms. Terri! They found inspiration in Dr. Martin Luther King’s “I Have a Dream” speech and Sandra Cisneros’s story “Hairs.” Gazing at a postcard invited many to describe the worlds of hummingbirds, cowboys, and royalty. Thank you, Ms. Buchanan and her Decker Dolphins, for giving it your all and producing the magical works below.

Time for Kids to Drive

I have a dream today! That fourth-graders from around the world should drive. Why? Because parents take forever to go to Mexican restaurants for dinner (yuck!), and they don’t drive to where you want to go, like Jump Zone. They won’t even let you take vacation during a school day!

Now, if I can dream this, so can you! 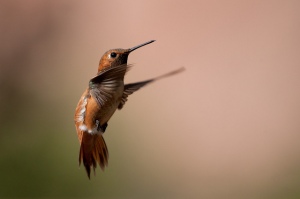 The little hummingbird has just flown from its nest to search for food. As I look at his picture, I hear his wings flapping and his chirping. His colors are beautiful—green, tan, black, and a splash of white. Oh, and his name is John Cena.

Yesterday, while performing the karate chop in preparation for the tournament, John Cena celebrated his great moves. Then, he heard another bird squawk, “The tournament’s about to begin. Gather around, everyone!”

John Cena gave it his all and won the tournament, taking home the Monster Truck prize. Yay! 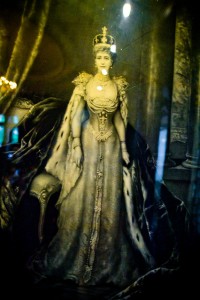 Queen Gabriella dozed in her bright orange gown. She had grown tired of listening to the women of her village reading endless poems. The queen looked exhausted after sitting in the chair for hours. She was so tired that she snored loudly, like a chainsaw.

As one reader began to share another poem, Queen Gabriella slowly took her crown off and placed it in her lap, so she could go to her peaceful and quiet zone of slumber. After what seemed like just minutes, one of the women mumbled something.

“Hey, why did you wake me up?” shouted the queen as she sat up quickly.

“I am sorry I disturbed your dreams,” answered the woman.

“Well, okay. I guess I need to get my ears checked,” replied the queen as she sunk back into the soft, cuddly chair pillows.

A Place of Hope

Cookie went to a place called Hope Outdoor Gallery. As he looked at paintings on the huge walls, he saw a bald-headed face, words splashed across the stones, images of knights, a fish eating another fish, a rose, an old gorilla, a whistle, and other out-of-this-world styles of arts.

He smelled the colorful paints and imagined they would taste like cardboard. 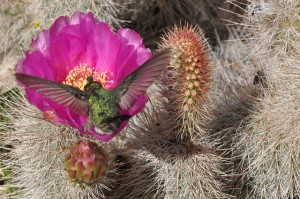 “Ahhhh! Where am I?” shouted Mikado, the hummingbird. A bit disoriented, he had flown too close to a prickly plant.

“You are too close to me,” answered the scary-looking flower named Mur.

Mikado was deathly afraid of Mur and worried that the blood-red flower would kill him.

“I will kill you first, assassin!” he screamed, hoping to scare the perceived enemy away.

As it turned out, Mur was a friendly flower and only wanted to help Mikado find his humming-parents who flew away a long time ago. Mur had no intention of ever killing a bird! (But, Mikado quizzed him about that just to make sure.)

“Sorry, I doubted you, Mur,” said the relieved bird.

They set off on an adventure and eventually found Mikado’s parents, who were sunning in Florida.

Dancing in the Desert

One cloudy day in the Desert of Hot Places, two men—one lazy and the other a businessman—stopped to talk. The dazzling sun hanging above them suddenly changed into a disco ball!

All around them, millions of people appeared from nowhere and began dancing like nobody was watching. They couldn’t stop, and the two men joined them, dancing to an old-fashioned, groovy music beat.

“I want to keep dancing, man,” said the lazy one.

Within a short time, even the plants—huge, green, and pointy—began to wiggle and waggle. Everyone was having such a great time, and they never stopped dancing in the desert.

How to Be a Princess

Imagine a life as a princess. You would get to do cool things like jump on the bed. Let me share with you how that wonderful life can happen. First, to be a true princess, you have to live in a castle and have one hundred horses. And, of course, you must own beautiful pink and gold dresses.

A princess demands respect and should never be angry or sassy. She always wears a diamond crown and carries a magic stick to make good things come true. Don’t forget the prince—a princess must have one of those! Finally, a princess should have a fun dance party, where she and her friends will eat amazing food, such as nectar peaches, and talk a lot.

Let me tell you about the man in the postcard. You might think he is me, but if you do, leave now! That cowboy is a famous bank robber from the Old West. His name is Mystery Rider. Can’t you just imagine that time and place, what people wore back then, and how they took pride in square-dancing and calf-roping?

Well, let me tell you his story. It all started with his horse… Well, never mind! He’s a mystery, too.

How to Be in Your Dream

Are your dreams as colorful as mine, so colorful that you want to jump into them? Here’s how: First, close your eyes for ten seconds. Picture what you would like to wear, such as a red, puffy dress. Imagine yourself in a fun place full of gummy bears. Shout, “Gummy Bears!” two times. Then wake up, and you are in your dream!

As you explore this fantastic world, search for the town of Huckleberry. Keep going until you find your house—you will know it by the gold stairs. Walk in and see how fancy it is on the inside, too. Enter your purple bedroom and take a nap. Dream of a talking puppy. Wake up again, look around the room, and say “Abracadabra!”

Do all of this, and you can go anywhere you want over and over again in your dreams.

How to Walk on Air Above the Earth

I’m going to walk on air, and I want you to join me in this exciting exercise. First, you will need to put short socks on your enormous feet to make them lighter. Next, wear sunglasses so that nothing flies into your eyes. Third step: You must wear a long-sleeved shirt to help you flap and fly. Fourth (and most important), wear long, dark pants with tons of paper stuffed in your pockets.

Oh, don’t forget a hat with magnets! Chew the gum in your mouth until it’s gooey, blow a huge bubble, and you will fly up into the air for twenty seconds. While you are up there in the air above the earth, walk around and have fun.

Once there was a kid named Bud, who was very angry. It just wasn’t his day, so he picked up a brick and smashed it into a cement wall, tearing a large hole in it. As Bud peered into the hole he had made, he could see a big building like a castle in a land far away. He was amazed at the grim and weird sight before him!

Bud returned home and said to his mom, “I’m going outside to play with my friends at the park.” But he actually went to get a ladder from his garage to climb higher in order to see the strange, tall building he had discovered.

Bud stopped by his friend Rodney’s to get his help holding the ladder. When they got to the wall, something happened that made Bud angry again. He asked his friend to hold the ladder steady and Rodney let it slip.

Bud stormed home to figure out another plan.

How to Train Your Hair to Obey

Imagine your hair when you first wake up—all over the place. Are you looking for a way for the mob of madness on your head to obey you? No more worries! I know how to train your hair to pay attention to your every word! Here are some easy ways to get your hair to listen.

First, you will have to try to brush it down. If that doesn’t work, tie it down! Tell your hair to calm down. If it magically whips itself back and forth, you will have no choice but to douse it with water. After that, it will sit obediently for a while. Don’t be fooled, though! Suddenly, your tied-up hair will turn black, white, and orange, then back to its normal color.

Finally, you will just have to put your fingers on its tips and force it to listen to you. Demand that it to do whatever you want it to do. Quickly, untie it and the next day: Crazy hair, no way! With these steps, you will never have to scold your hair again.

One thought on “The Decker Dolphins”