Ms. Dawson’s fourth-grade class at Baldwin Elementary School shared a keen eye for detail, grounding their imaginative stories in their characters’ emotional realities, combining a zany knack for world-building with a focus on feeling. They took real world scenarios, like playing Minecraft, going to school, and making friends, and used their imaginations to make them delightfully surreal.

They raced by going 367 miles per hour. I booed as Speneli passed Hamelton. I was depressed. We were on the last lap. We were so close to getting first place, but we stopped because Hamelton’s engine broke down. How was he going to win?

Then he started running. I forgot he could dash! He won!

I grabbed the trophy, running out of the derby with everyone chasing me. I jumped in my car and raced off. The police were racing after me. I was going 125 miles per hour in my Bugati Veyron. There was no way anybody could catch me. I was going to the Sahara Desert.

Three months later, I was there—three hundred feet under the surface. All of the police died of dehydration. I was all alone. It was up to me.

One day, while flying around, Bob the dog/fly saw a cookie almost being eaten! Bob came in and bumped into the cookie. After that, the cookie was so happy she wasn’t being eaten. Until one day when Bob had bad news.

He said, “I have to move because it’s going to rain.”

The cookie was so mad that she tried to eat the dog/fly, but the dog/fly won! He was so sad because he ate his wife.

“But, on the bright side, I still have the baby.” Until one day when Bob went into the bedroom where the baby slept, and she was not there! Bob was so so so so so so sad.

“First my wife, now my baby,” he said in despair. “My family is gone!”

If you turn invisible, you can prank, scare, and escape from dangerous animals. But if I could talk to animals, I would fly and talk to my favorite animals, even the dangerous ones. 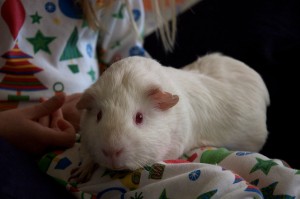 I walked to the pet store wanting to see cute pets. When I touched the door, shivers went down my spine. I walked in and smelled all kinds of terrible poo odors. I looked to my left and saw a white guinea pig. I heard it squeak and knew that it was my perfect pet. I saw it taste its water and I jumped up, saying, “I want him. He is perfect!”

I bought him and took him home. I played with him and looked at his red eyes and white fur. I saw him jump and play in his cage. He felt so soft in my cold hands. I tried to taste his food, but it didn’t go down, so I ran to the bathroom and got it out. The smell of his cage was terrible! I had to clean it. Yuck! Every night I touched his soft, shakey fur. I loved his squeak sound. 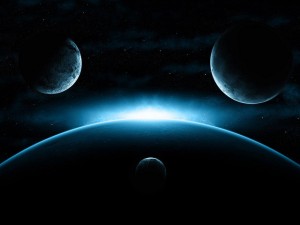 I am Jimmy Limmy, and this is the story of how I beat up my little brother. When I walked into the house, he came up and said, “Come here, I want to teach you a–”

“Mommy!” cried Timmy Limmy.”Jimmy is trying to hurt me.”

Jimmy Limmy asked his mom, “What did I do? I did not do anything. All I did was walk into the house!”

The next day, they went to space. Timmy Limmy started to cry again. “Mommy, he’s trying to hurt me again!” Jimmy Limmy somehow time-traveled and figured out that Timmy Limmy was an alien.

“I finally found one,” he screamed. Then he went over to Timmy Limmy and shook him. He turned green, then he exploded.

“Yes! Now I don’t have to hear ‘Mommy!’ every day when I get home from school.” 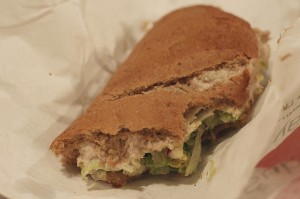 Once upon a time, there was a pony looking for his owner, Julia. He found a button and pressed it. Suddenly, he traveled from the 17th century to the 21st century. “Neigh!” he said.

“Pony! It’s me, Julia. Hold on. This radio tower is trying to kill us with lightning! You have the button of time! Touch it, hold it, and press it! Ah, I’m down!”

“Neigh!” The pony pressed the button of time, and they lived happily ever after in the 17th century.

I walked to the bus. It felt hot and steamy outside. I walked for a while, and finally I saw the bus. I got on, and it smelled like something died! The driver gave me something, and I said, “What is this for?” The driver said, “Valentine’s Day,” so I took the candy and it tasted so chocolatey. I felt like I was eating all the candy in the world. So I sat down, and the bus drove me home.

I walked into the store, and I saw a whole bunch of candy. I smelled the warm, delicious marshmallows. I opened the bag, and the marshmallows were melting in my hands. Then I put them I put it in my mouth really quickly, and I heard screams coming from my mouth! They went down my throat and down my belly, and they were so hungry they ate through my belly!

Once, there was an astronaut who wanted moon cheese, but there was a sharp-toothed cat in the way, so he got his jetpack to take him to the moon. Once he got to the cheese area, the cat sprang up. The astronaut figured out that the cheese was in the dome. Then he took a needle out and popped the cat’s bubble. The cat floated out into space with his head in the water bubble. After that, the astronaut ate all the cheese. 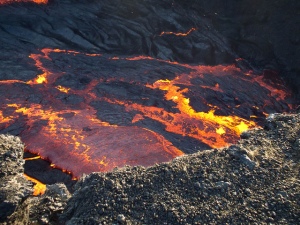 “Ah! Why is a giant pixie stick coming for me? Don’t kill me!” The pixie stick suddenly grabs me and throws me in a giant bowl. He covers me up and puts me in the freezer. I have to get out before I freeze. I cut the plastic with a knife, and I climb out of the bowl. I see the pixie stick again–he’s turned into a devil and taken me to a lava pit. I am in a glass container while the lava is rising! I break the glass and jump out of the lava, but the pixie stick kicks me back in the lava pit and I die.

Snowe was walking and came across a genie who said, “I will give you three wishes if you let me teleport you to a cheese crater.”

Snowe said yes and was teleported. Snowe got three wishes from the genie, then Astro came along. Snowe liked Astro. She wished they could be friends and then she wished for unlimited wishes. Snowe and Astro became friends. Then Snowe let Astro ride her. They rode into Cheeseville. They both got what they wanted because they had a genie who gave them unlimited wishes.

The Snowman Who Loved Ice Cream

One day, there was a snowman who loved ice cream. The ice cream he loved most was vanilla. It was his favorite flavor, since he was white and vanilla is white. It was a perfect fit.

I’m Candy Marshmallow. I love to play with my friends, Sticky and Billy. One day when I was at home, I saw a ladybug and jumped. But I found Billy right behind me! I know I can always count on him and Sticky to be there for me. All my friends say I’m brave because I want to be a war elephant! Someday, I want to grow up and be a scientist! When I was born, my mom and dad left me, but at least I have good friends.

Jadestone is a human girl. She has everything she’s ever wanted–an amulet, excitement, and adventure. But she has no friends. After doing some research, she found that the marshmallow people are the friendliest creatures in the Twist galaxy!

Jadestone set out on a journey. But there was a problem. She didn’t know how to make friends. In her Radical Book of Heroes, she learned to enter the mindscape. After many failed attempts, she finally summoned a big door. She opened it, and then entered the wonderful world of candy!

Jadestone had to travel fifteen miles to get to the marshmallow nation, but she finally made it. When she met the marshmallows, they became friends! The moral is: As long as you keep working, your goal won’t seem so hard.

I’m so excited. It’s the annual state carnival! I waited all year for this. Funnel cake, snow cones, games, and my most favorite–the ferris wheel!

My mom drops me off at the carnival, and I run straight to all the games. One, two, three–I knock down all the ducks. The man behind the counter hands me a huge stuffed marshmallow. It looks just like me! I call it Sticky M. Junior.

Next, I walk over to the ferris wheel. I wait in line, then get in the little car. Sitting next to me is another marshmallow! His name is Candy. We get to know a lot about each other throughout the ride.

I tell him my parents named me Sticky M. because I love to eat sticky food. He says he loves to eat candy! The ride is soon over, but we will stay friends always.

Jadestone is a girl who has green hair, green shoes, and a green jacket. Billy is a marshmallow who is short and soft. The two are good friends, and they’re alike in many ways. Billy is three years old, so he can’t actually care for himself. Jadestone takes care of him. They do everything together, except battle evil lords. Billy does have serious issues with those guys.

Anyway, today is Billy’s fourth birthday. He woke up and hopped downstairs. He tripped, fell, and landed straight on Jadestone.

“Happy Birthday!” she yelled. Billy was so scared, he hid under the couch while Jadestone laughed. But when Billy came out, the whole house was decorated with balloons and cake.

Billy went straight to the table, and Jadestone served him his life-sized unicorn cake. She also handed him his gift–Tim the teddy bear, which Billy had always wanted.

“Thank you!” he screamed. Since he was so happy, Jadestone invited his other marshmallow friends, Sticky M, and Candy, to come over to the house. They gave him gifts and ate lots of cake.