The pieces published below were written by participants in AGE of Central Texas’s Memory Connections Program, which aims to enhance the mental and physical health and overall quality of life of people affected by early-stage dementia. The Badgerdog writing workshops provided for these groups were made possible by the generous support of St. David’s Community Foundation’s Health’s Angels.

A joyous group of writers at Westlake Hills Presbyterian Church greeted me on the first day, and they never stopped kidding one another (and me!) during our six weeks together. Mostly playful, sometimes serious, they wrote about the history of their names and the colors of their favorite seasons. Many of the boisterous writers then shared a memory recorded on the page before them—from horrors in the swampy jungles of Vietnam to decorating Christmas cookies with the family. I am thankful for my time with these adult writers of powerful poetry and nonfiction.

My name is John Paul Alexander. “John” was from my mother’s family—her brother who died early. “Paul” was my father’s name. My mom and dad both grew up in western Oklahoma and came from large farm families. “Alexander” carries a lot of baggage—first name, last name, and the famous, like Alexander the Great, Alexander Hamilton, and others.

I used the initials “JPA” a lot when I was younger. But, as an adult, it’s “John P. Alexander” and a variety of different IDs on the Internet. My primary one is “Hub Cap Dude.” Now, why would I do that?

Small, shiny, and red,
waiting to be used.
Making five dozen cookies,
baking and decorating,
using red and white sprinkles.
To eat with family over milk or tea.
Enjoy and relax with family—
Christmas cookies.

How to Write a Report

Grab a computer and sit down to start writing. Apply software to begin the report. The software takes the data and processes it into the report. Then the report shows you if there is anything missing or something that needs fixing so you can update it.

After the reprocessing, print out five reports. If there are no mistakes, and everything goes well, you have a feeling of accomplishment and satisfaction with your report.

One of the ingredients for singing is the freedom of expression. Add a little bit of enjoyment and a knack for singing. Mix in the listener’s enjoyment and the performer’s gratitude for that. Happiness, importance, boosting my ego, feeling big and significant are all part of the beauty of singing—the beauty of creating pleasure for the people listening to me.

The Colors of the Season

Purple, green, red.
Rain falling from the sky,
Flowing as if in a royal moat.
Sun setting,
Red flowers,
Camping by the fire in Colorado.
We went with two other families.
We all had tents.
Pretty,
Making fires. 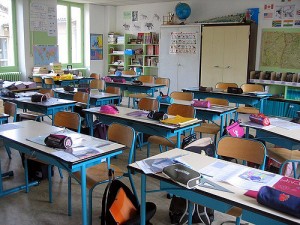 I love my name. I haven’t known many others with my name. It always sounded like it belonged to me. I think of it as somehow being “steady.” It’s not real soft-sounding; it’s kind of balanced. It’s nice to be attached to your name.

I don’t know how I got the name Karen. I don’t have any relatives with that name. I was the oldest girl, with one brother and three sisters. I liked that we had a big family. I have always been a hard worker and enjoyed hanging up clothes. I loved school—being with my friends and learning. I eventually became a teacher.

I was named after my grandfathers, Walter Martin and Richard Boyd Spencer. Both had died before I was born. My parents thought “Walter Boyd” sounded better than “Boyd Walter,” but they always called me “Boyd,” after my father’s father.

Funny story: While an undergraduate student at Baylor, two friends and I took a week-and-half-long trip to Mexico City and Acapulco, driving an old VW Beetle. At about 11:00 p.m., a state trooper pulled me over for speeding. He asked for my driver’s license and asked, “Walter, you say you are from Waco?” My friends almost died laughing, as they did not know my first name. During the last two years at college, my nickname was “Walter from Waco.”

I am walking through a jungle in Vietnam. My corpsmen are spread out in an arc. We watch for unexploded bombs. Slowly, we approach a soldier lying on the ground. Is it a Marine or a Vietnamese soldier? The Marines know my concept of care, which is, as a physician, that I take care of anyone wounded—South Korean, North Korean, man or woman.

Ahead, we see a Marine rocking back and forth, crying, with his wounded partner sitting next to him. My corpsmen quickly assess the damaged soldier—he has a wound in his leg. My men know the drill and expertly cut away the tissue, swap bandages, and put on the compression bandage. A medical helicopter soars above them, and the soldier is flown to the sanctuary six miles off shore. We start off again in the jungle and come across a wounded Viet Cong soldier, and my company of men again clean the wound quickly, and the helicopter whisks him away to the Sanctuary.

This is the drill we do for weeks and months at a time. What you remember most are the thousands of people, North and South Koreans and Marines dead or wounded, and nothing was resolved. We still have North and South Vietnam.

We arrived at my brother’s house on a cold Thanksgiving Day to spend the holiday together. A cold breeze blew, stirring the gold, brown, and red leaves. On a welcoming porch, my brother and sister greeted us. The beautiful leaves shifted in the wind and, now, red leaves appeared.

We all saw one another and rejoiced. We would soon be inside my brother’s warm house for another happy Thanksgiving enjoyed by the family. 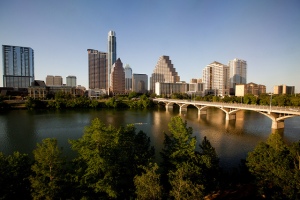 Austin, my home town.
You nurtured me.
You educated me.
You inspired me.
You took me in and
sent me on my way
to a new life.

I’m all grown up, educated, and
looking over the edge of the future!
A future bright with colors,
full of beauty and wonder.

One thought on “Joyous and Playful”