Ms. Barrett’s class was a crazy group of writers who valued spontaneity, collaboration, and working together to come up with the most creative and brain-bendingly wild stories possible. Together, we practiced adding details with accordion sentences, wrote about conflict, characterization, and motivation, discovered the secret universes of our own fiction, and just generally had a blast! I know you’ll have a blast reading their work! 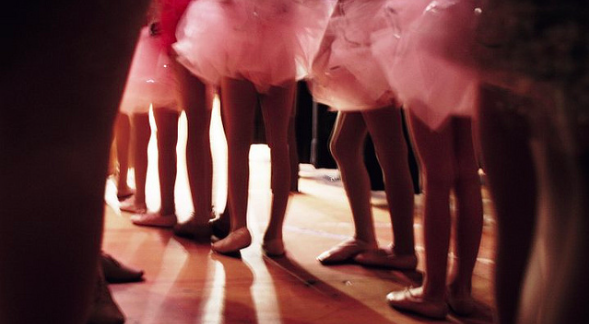 One day, it was my dance recital, and I had done so many graceful dances. Right before my funky dance, I got called out onto the stage. I felt nervous but happy. They said, “Greta Braafladt, come get your spotlight award!” on the mic. I felt like I was going to fly out of the room! 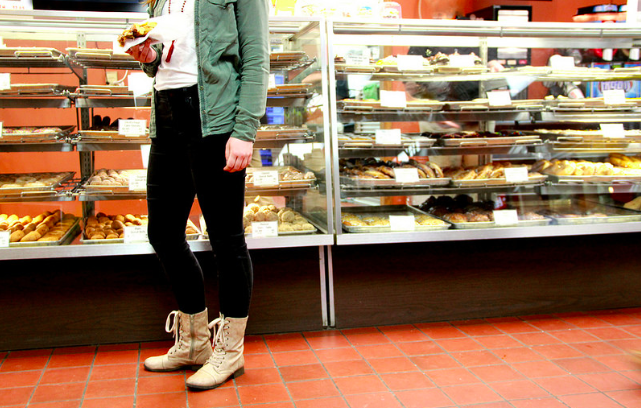 Bob wanted to play with Billy, so they did.

After a while, Stewart, Bob’s brother, asked, “Do you want to go to the bakery?”

So they did, two minutes later.

“Hi,” said Bob, “Can we get three Valentine’s Day cookies?”

But the evil worker said, “No, no, no, no. You cannot have anything, so get out, or else I will hit you with my spatula!”

Bob, Billy, and Stewart GOT HIT BY THE WORKER!

They lived happily after, but not the worker, though.

There was a cat named Dash, and he wanted an apple. But the people on the bus said, “No, no, no! We are not going to stop off to get some apples, okay?” the people said.

So the cat had a sad feeling. Then he went to the park so he could try to get an apple there. A little boy came up to him and said, “You are so cute, cat. Can I have you, please please?” And the little boy’s mom said, “No! You can’t take care of a cat. You are only eight years old.”

So the cat still did not get an apple, and he was so sad. He slept on the bench in the park, and when he woke up he found an apple there! And he lived happily ever after, the end.

The Adventures of Ice Cream Dog 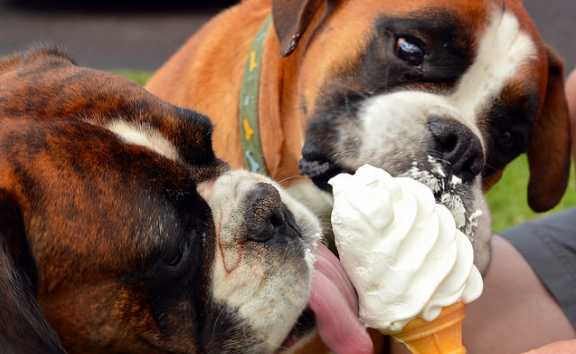 My dog wants ice cream, but I said no. So my dog jumped on me, and my ice cream cone fell on his head. Splat! But then an alien started to chase him, and Amos saw him running. The alien is at his side, and they’re running together.

Once, there was a weird and ugly alien that was just flying around in space when he realized that he wanted to go to earth so he could get an epic full gold crown. But the alien loved to eat space food. Of course, there wasn’t any on earth. So he had to decide if he should go or not!

Pennywise Goes to the Store

Pennywise was just walking in the sewer and he looked out the sewage drain and saw the licking eyeball store, but he saw a sign saying, “Store is closed for good!”

He angrily climbed out of the sewer and tried to run into the glass and break it, but it wouldn’t break. He tried over and over, until he saw the owner of the store.

Pennywise asked the owner to open up the store for Pennywise, but the owner said, “No.”

So Pennywise ate him. And he wasn’t even hungry! 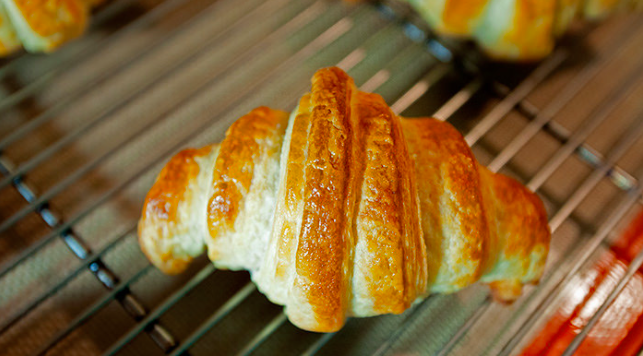 One day, Donald Trump was at Freddy’s Pizza as a night guard. He had to stay up to until 6:00 AM, but he fell asleep. One of the animatronics named Golden Frodo grabbed up. When Donald Trump woke up, he tried to get out of its grasp, but it did not work. The next day, Donald Trump was walking around town when he spotted Slendy Tubbie, then an animatronic. He ran up into his room and stayed in there until the door broke open. He got scared and hid in his bed, but they caught him and he never came back. Then a McDonald’s restaurant opened up—that was their next target. I might make this an animation, thanks for reading!

Once someone saw someone. He said, “Eh, that’s weird!” Then he saw an ant that was big. It looked like it had a bomb. Then he noticed the bomb was ticking! But the person at the beginning was a Derp. The Derp wanted a pizza, but the pizza stores had a policy of no Derps. So the Derp robbed all the pizza stores. 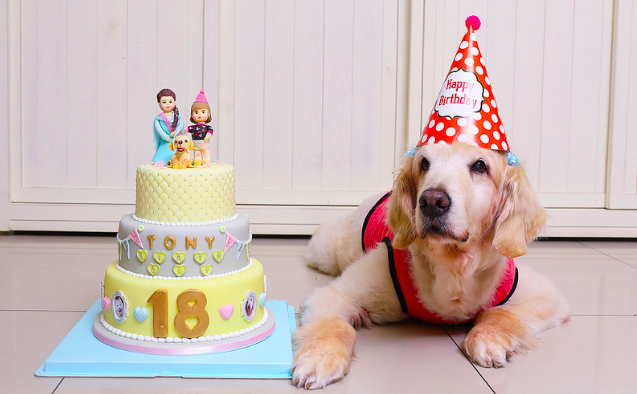 Once, there was a puppy that liked ice cream. That is why he wore an ice cream cone on his head. His name was Rover. Rover had a very big sweet tooth, and all Rover wanted was a bone covered in icing. But the problem was the evil baker would smack him in his head with a spatula and break his ice cream cone, and poor little Rover couldn’t risk that. Then one day, Rover decided to try it out, so he went to the bakery and instead of the baker smacking him on the head, Rover ripped the spatula out of the baker’s hand and started smacking the baker in the head. And then he got the bone and he lived happily ever after.

Once there was a cat named Marshmallow. He wanted to get a fishing rod, but he couldn’t because he didn’t have enough money. So he tried to steal it from a store but he got caught and he went to prison and he had to stay there for a hundred trillion years. He regretted his decision from that day on because it was horrible. 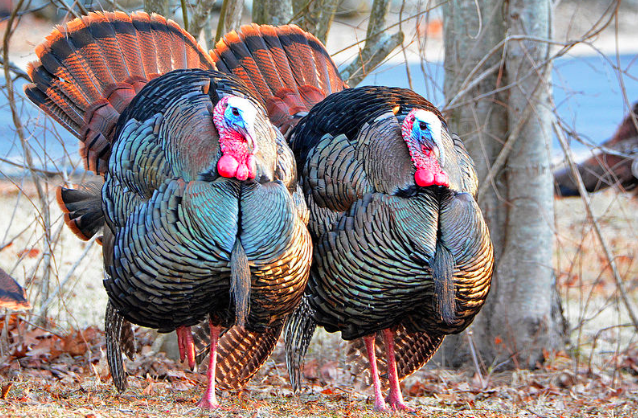 One day, a guy was in the shower, and he saw a man with a head that looked like a sideways oval. The man had a long beard and a nose that looked like Squidward’s, and giant boots. Apparently, the guy, who was named Juan, had a disease, and when he saw a turkey, he would want to eat the whole thing. So, Juan saw the oval man and said, “I would never want to live with him…” But the man had turkey. So Juan chased the man into a secret room filled with turkey, and the man said, “You can have all of the turkey you want!” Juan wanted to escape, but he ended up living there forever!

I went to Universal. I saw a slide, and I went on it. It was amazing! It felt like a waterland. You see fake dinosaurs, and you are on a raft. It was fun. Suddenly, the raft stops! You go down a hole really fast, around two hundred miles an hour, and land in the water, and you see sky.

The Adventures of AJ

One day, a boy named AJ found a magical stone—if he touched it, he could turn into a giant. He wanted to save the world. He touched the stone, but someone started attacking him. So then he turned into a dragon and tried to burn the person who was attacking, but it didn’t work. So, AJ ran away, far away. But he still wanted to save the world. Then robots came to Planet Earth and started attacking and destroying everything. So, AJ flew down from the sky and lit all of the robots on fire. He destroyed all the robots, and soon everyone was safe and he was known as the dragon that saved the world.

The Kid Fights Back

So, there was this guy who always goes down a dark alleyway to get to school. But one day, a mean guy with a hook as a hand started chasing the kid. The kid lost the mean man, fortunately. Then the kid had an idea. He decided to get a monster fish. The problem was that one hundred was the kid’s most unluckiest number. So he got ninety-nine fish instead. The next day, the kid hid behind a bush with his big bag of monster fish he caught. After a while, he saw the mean man and… splat! The fish started biting the man. In the end, the mean dude apologized and never hurt the kid again.

One day, there was a cat named Kit. She was a small cat. All she wanted was a bed, a fish on a plate, and catnip. They were going to be so good in her mouth. So she went to the store, and she was going into the store, but then the evil dog named Eagle Eye was scratching Kit, and Kit was getting a million baby tears. But then Eagle Eye said sorry, and Kit got what she wanted in the end. She did it back to the dog and ran away! “Victory is mine!” she said.

There was a man named Lil Mike, and he had a sidekick, Long Bob. They wanted to get a bone and eat it for dinner, but they couldn’t because they were trapped in a bowl that had lazers, and if you touched it you would explode and be eaten. During breakfast, they found some rocks and threw them at every later, and they escaped! They tried to eat the bone for dinner, but unfortunately they died choking on the moist bone.

Once upon a time, there was a boy named Bob Toy. He was walking with his phone and fell and turned into a monster and the spell lasted a month. So he ran home and now he never goes outside without getting a drink of anti-monster potion first.

The Week That Went From Sad to Great!

One day I fell off my bunk bed, and I almost fractured my arm! I fell flat on my face, and the next thing I knew was that I was lying on my mom’s bed with a cast. The next day, I went to my dad’s house and found out that he had a new puppy named Keco.